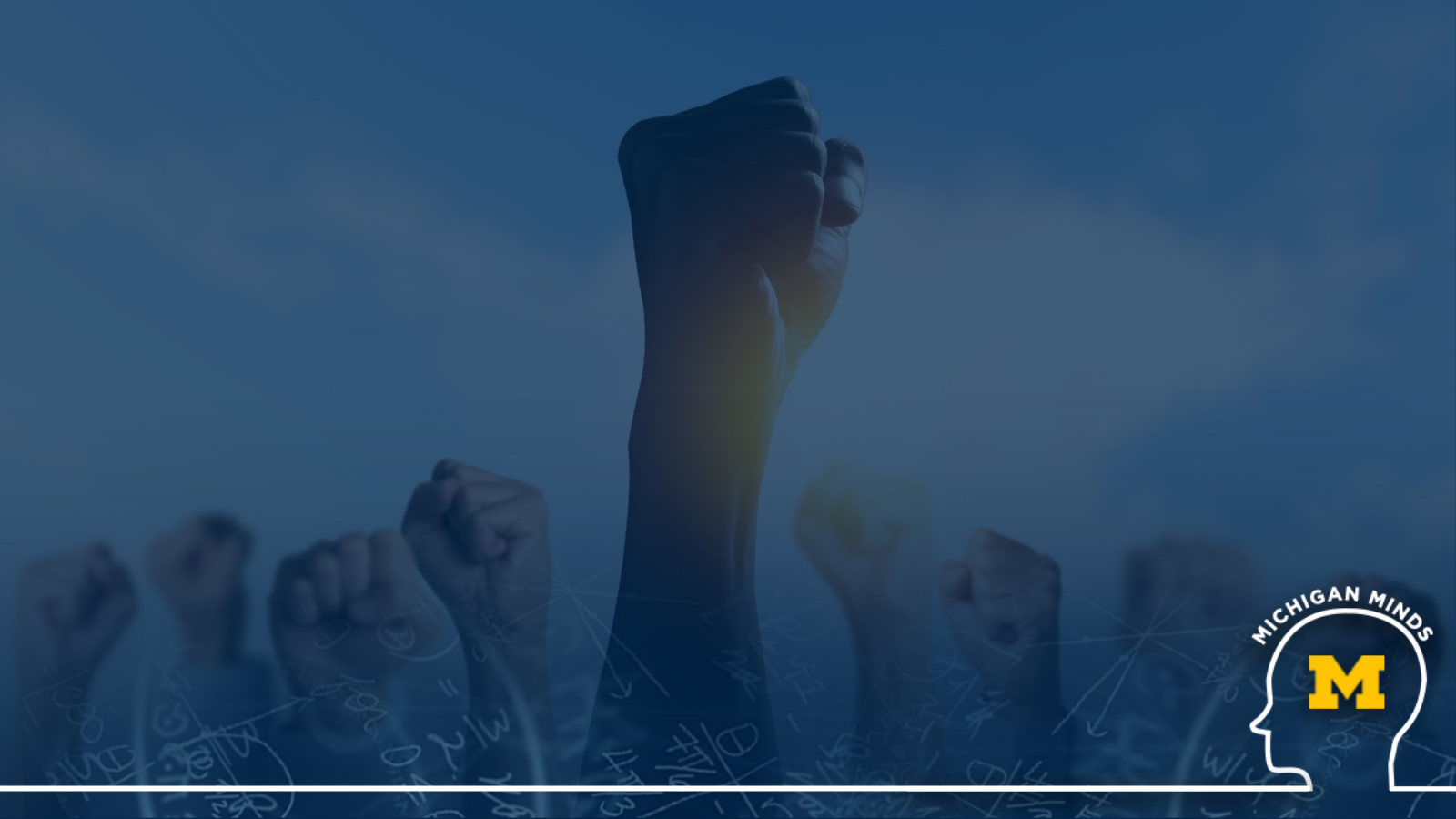 Lewis is also the founder and director of the Center for Social Solutions, which promotes academic research and social policy focusing on four areas: diversity and democracy; slavery and its aftermath; water, equity and security; and the dignity of labor in an automated world.

In January, Lewis was awarded a $5 million grant through the Andrew W. Mellon Foundation’s Just Futures Initiative competition to be used over the next three years. Lewis’ project, “Crafting Democratic Futures: Situating Colleges and Universities in Community-Based Reparations Solutions,” aims to bring together colleagues from Minnesota to Georgia to develop location-specific racial histories of their communities with an eye toward localized reparations solutions for African American and some Native American communities.

“This is an occasion for colleges and universities to work with partners in their communities to actually craft a community-sourced and almost crowdsourced history of those communities with the idea: Is there an argument to be made for some kinds of reparations?”

Lewis feels the topic of reparations warrants a deeper analysis, and hopes the scalable solutions the project examines could be replicated across the nation. The work will focus on education and infrastructure, workforce development, entrepreneurship, and homeownership.

“As a scholar of American history, I know that sometimes national change comes because of change at the local level. So we decided that we could take advantage of that energy and actually begin to organize and direct in these communities across the United States,” he says.

“It’s exceptionally important for communities to be engaged in believing that they can shape the future. I think part of the challenge and part of the despair that we’ve seen in these last few months and years is that folks in some ways believe they have no control over their own fate or their own futures.”

In the interview, Lewis also shares his thoughts and insights on the importance of Black History Month.

“Our job is to make sure that we tell the full story unvarnished with all the contradictions that are a part of human history, and Black History Month is a way to anchor our efforts to do that very thing,” Lewis says.

“Black History Month is a way for us to collectively pause and ask a series of questions about how we actually have created this country we call the United States of America, and what have been the ways in which individual communities have helped shape, have directed, have given purpose to what we think of as the founding principles of this country.”

He adds that it used to be common to refer to America as a “melting pot” but as early as the 1970s, some historians came to believe that wasn’t the best metaphor—that perhaps the metaphor of a salad bowl is more appropriate, because with a salad bowl, the lettuce, carrots, tomatoes, and anything else you add, can still stand alone, but when mixed mixed together it creates something new. Lewis says this metaphor allows a story to be told about each component of the salad separate from the story of the salad.

“Black History Month, in a way, utilizing that metaphor, is an attempt to tell the stories of African Americans both in relationship to the larger country, but also distinctly in their own right.”

For those hoping to create a more equitable and inclusive society, Lewis suggests first becoming comfortable listening to others and ensuring the information being absorbed is verifiable. Next, he says, is asking the philosophical question: Is it possible to do good and be well in doing so? Think about how you can make sure you aren’t just looking out for the enhancement of yourself, but also the advancement of others.

“We truly must understand that we can be the architects of the change that we want. And part of the work that our center is undertaking and in partnership with others is indeed to join in being such architects. But if we all adopt that view, the world can get better, and we all can thrive together on this planet as a collective.”