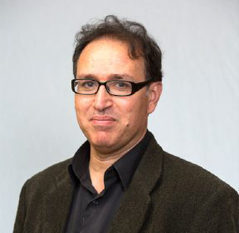 Arab-American poet and literary studies pioneer Khaled Mattawa is internationally acclaimed for his poems, masterful translations of Arabic poetry, and support for the arts globally. The John D. and Catherine T. MacArthur Foundation recognized his many creative contributions with a MacArthur Fellowship in 2014. A native of Benghazi, Libya, Mattawa immigrated to the United States in 1979 at age 15. After earning a Master of Arts degree in English and Master of Fine Arts degree in creative writing from Indiana University and a Ph.D. in English from Duke University, he taught at several universities prior to joining the U-M faculty in 2004.

Mattawa has published four books of poetry: “Ismailia Eclipse” (1995), “Zodiac of Echoes,” (2003), “Amorisco,” (2008), and “Tocqueville” (2010), winner of the Arab American National Museum Arab American Book Award in Poetry and San Francisco Poetry Center Prize. Mattawa, an Academy of American Poets chancellor, has translated nine books of Arabic poetry, including “Without an Alphabet, Without a Face: Selected Poems of Saadi Youssef” (2002) and “Adonis: Selected Poems” (2010), both winners of the PEN Award for Poetry in Translation. He also won the Saif Ghobash Banipal Prize for Arabic Literary Translation for “Adonis.” Additionally, he has published 19 critical essays and has given many readings, including at the London Book Fair and Poets Forum in New York. This fall, Mattawa will participate in the Geraldine R. Dodge Poetry Festival, North America’s largest poetry celebration. He has received an Alfred Hodder Fellowship, Guggenheim Fellowship, United States Artist Fellowship, and three Pushcart Prizes. He and his wife, artist and U-M alumna Reem Gibriel, co-founded the Arete Foundation of Arts and Culture in Libya. As president of the Radius of Arab American Writers from 2005 to 2010, he helped raise the group’s profile significantly.