Collaborative and Innovative Approaches to Mental Health Care for Veterans 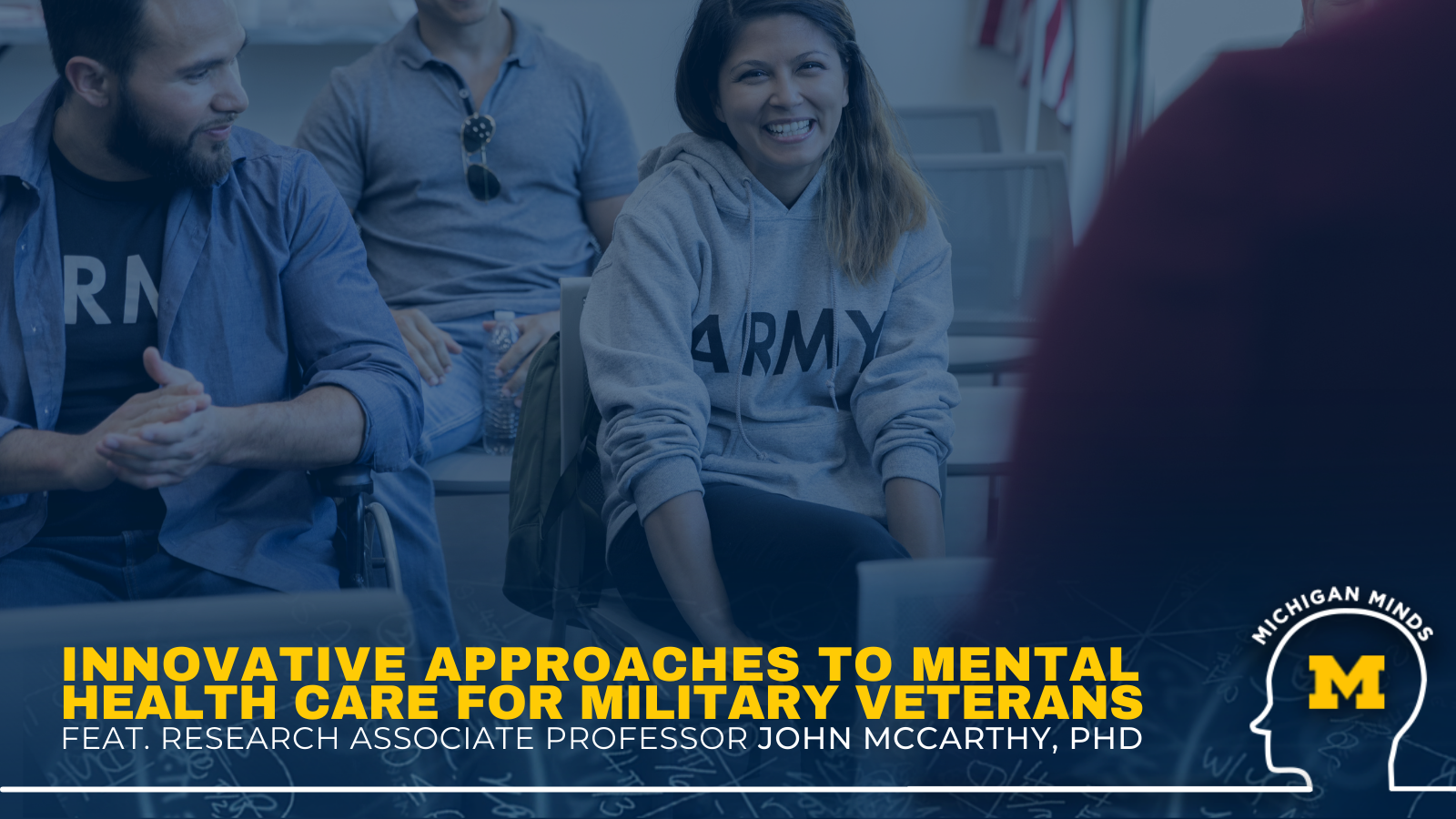 In this episode of Michigan Minds, John McCarthy, PhD, MPH, talks about veterans’ mental health and suicide prevention — areas in which he has done extensive research. McCarthy is a research associate professor in the Michigan Medicine Department of Psychiatry, director of the Serious Mental Illness Treatment Resource and Evaluation Center at the Department of Veterans Affairs Office of Mental Health and Suicide Prevention, and director of Data and Surveillance, Suicide Prevention Program at the Department of Veterans Affairs in Ann Arbor.

McCarthy also holds a master of public health degree, which has helped him throughout a career focused on improving care and population health approaches for veterans. While working at the Serious Mental Health Treatment Research and Evaluation Center (SMITREC) at the Department of Veterans Affairs in Ann Arbor, McCarthy became interested in researching the veteran population with schizophrenia, bipolar disorder, and other psychotic disorders, as there wasn’t a lot of information about those areas. McCarthy and his colleagues developed the VA’s National Psychosis Registry, a resource within the center for understanding the population of VA patients with schizophrenia and bipolar disorder, at the national level, regional network level, and local facility level.

“We developed this as this grand report that characterized the demographics, utilization, pharmacy costs, and some outcome measures for this population…From that, we also expanded work, looking at access to mental health care for veterans in primary care settings, because the idea was that there was such substantial unmet need for mental health treatment for veterans who come to primary care and who might feel uncomfortable crossing a threshold into a specialty mental health clinic setting.”

McCarthy’s study on suicide predictive modeling led to the VA’s development and implementation of a new program called Recovery Engagement and Coordination for Health Veterans Enhanced Treatment (REACH VET). McCarthy discusses the team’s evaluation of REACH VET, which was recently published in JAMA Open Network. He describes how he and his team developed the suicide risk prevention algorithm, the implemention process, and what he learned about the program’s effectiveness.

“The findings are encouraging. REACH VET is not a magic bullet—it serves people in the top 0.1% risk tier, and together that group accounts for a small portion of all suicides that occur over a 12-month period….So if REACH VET were able to eliminate all suicides in this group that has the highest identified risk, then it would still make only a small dent in the overall elevated rate for veterans, which is about 50% greater than for non-veteran US adults.”