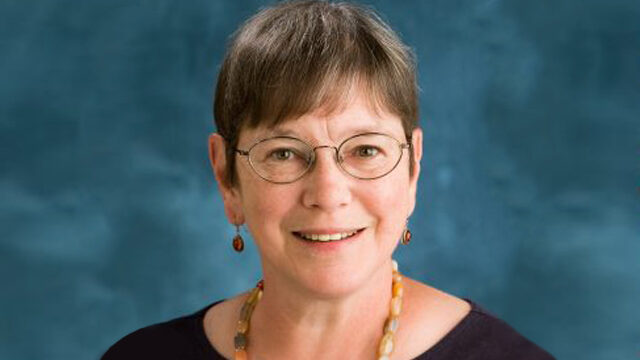 “My job is to give good, scientifically sound advice. I have worked with governments in Estonia, South Africa, China, and with the Ann Arbor Public Schools. So I’m glad to help my country in the same way by serving on the Census Scientific Advisory Committee.”

Barbara A. Anderson, the Ronald A. Freedman Collegiate Professor of Sociology and Population Studies, is a leading authority on demographic change. She is chair of the U.S. Census Bureau Census Scientific Advisory Committee (CSAC), which advises the bureau on data collection, survey methodology, statistical analysis, econometrics, cognitive psychology, business operations, and computer science.

Anderson contributed to the revision of the appeal process by counties for the mid-year Census population estimates, helped improve data collection on soldiers and college students for the American Community Survey, and provided evidence about the value of the “marital history” and “college major” questions on the American Community Survey to preserve them on the questionnaire. She has been on the committee for seven years, serving as chair for the past for three years

Commenting on her biggest contributions to this committee:

There are a few things. We had to push quite a lot to improve the group quarters process — how we collect data from soldiers and college students. We’ve worked to help the bureau consider the user experience on laptops and cell phones.

Recently the Secretary of Commerce directed the bureau to add the citizenship question on the main census form. The secretary has the legal authority to do so but it was the first time that has happened. We simply wrote our comments and recommendations as a scientific committee, leaving out any political comments. Our recommendation is that it not be included on the census form because we feel it will suppress turnout. There was no minority report and everyone on the committee signed off on it. It was clear, scientific commentary. I think we did our job, did it responsibly, and that’s what we’re supposed to do.

Advice to peers considering this kind of engagement:

I think they should do it. I know some people who have been asked to do this and said ‘no’ because they are busy. But I think it’s an important part of public service. I think it’s in every government’s interest to do its technical work in a better way rather than a worse way, so I’m glad to help my country do that. And it’s not as time-consuming as you may think. We have two meetings a year, and if you are on a working group you’ll have a conference call once a month.

The value of being publicly engaged — to herself, the university, and society:

I went into sociology because I care about what happens in society. I believe in evidence-based public policy and my role is directly related to that. This work also helps the reputation of the university. At one time there were three U-M faculty on the committee and the university is well thought of as a result. I’ve also learned a lot, especially about human relations and how to present yourself and your ideas. These human skills matter even in very technical, scientific settings. Though our focus is on science we are still human beings interacting with each other.