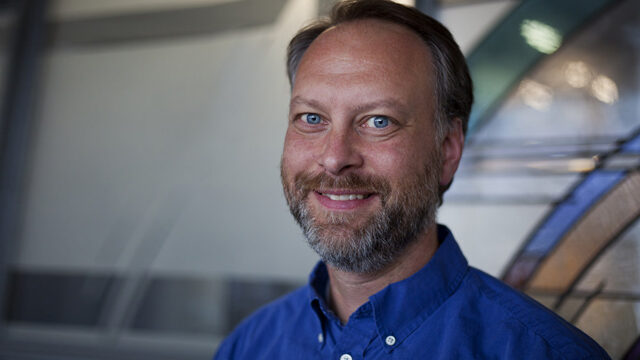 Michael Liemohn, professor of climate and space sciences and engineering, has served on the NASA Heliophysics Advisory Committee (HPAC) since 2014 and as vice-chair since 2015.

HPAC provides advice and makes recommendations to the NASA Heliophysics Division, the Science Mission Directorate and the NASA Administrator. The recommendations are used to inform decisions on programmatic scope and priorities, as well as the implementation of the heliophysics program. Additionally, HPAC provides a forum for the broad discussion of heliophysics and its role within and outside of NASA. While involved with HPAC, Liemohn has contributed to the classification and definitions of flight mission risk categories; improved feedback and transparency on the proposal review process; and provided independent analysis of the annual performance review of the division’s activities.

Commenting on his biggest contributions to this committee:

“This experience has allowed me to observe the inner workings of a federal agency and make suggestions for increasing its efficiency and effectiveness. In one recent example, we committee members prompted NASA to poll interested parties about their opinions of the proposal submission and reviewing process. From that feedback, some challenges were identified and changes were implemented to address them.”

Advice to peers who are considering this kind of engagement:

“Each committee is limited in size, so each seat at the table should serve as an effective representative of the research community. Be respectful of agency staff and other committee members, but also vocal in your contributions to the discussion.
And feel free to share your knowledge from the committee meetings — which are open to the public — with other researchers.”

The value of being publicly engaged — to himself, the university and society:

“I think that my service on this committee is, slowly but surely, improving the process of how solar and space physicists conduct their science. It also opens up a two-way line of communication between the federal agency and the research community, creating transparency and accountability.”