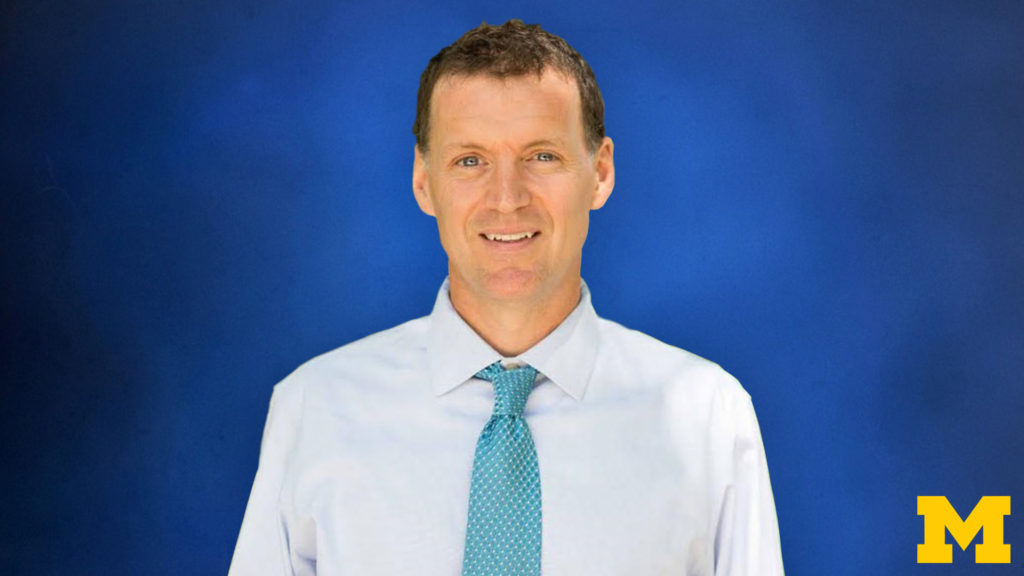 “Our goal is to help policymakers use data to drive policy, rather than saying ‘I think this will work.’”

Professor of social work Joseph Ryan, spent his career working in juvenile justice, even before joining academia. He’s co-director of the Child and Adolescent Data Lab, a research center focused on using data to drive policy and practice decisions in the field. His own research centers on children and families who get involved with the justice system or protective services.

He’s taking that data-driven approach to the state by serving on the Michigan Committee on Juvenile Justice, which advises the governor. The way Ryan sees it, there are many programs designed to help juvenile offenders that nobody has ever measured for effectiveness. They operate largely under the assumption that they work instead of using data to test those assumptions.

Commenting on his biggest contributions to this committee:

Right now I’m focused on helping people understand why 17-year-olds don’t belong in the adult justice system. The research — both findings from other states and studies of adolescent brain development — is very clear on this. Yet Michigan remains one of only four states that automatically charge 17-year-olds as adults.  We are part of a larger effort to bring 17-year-olds back to the juvenile justice system. This is only a modest change to the age of juvenile jurisdiction. Several states are considering raising the age of juvenile jurisdiction to 20.

The Michigan Committee on Juvenile Justice is made up of prosecutors, juvenile justice officers, youth representatives, academics—people from all corners of the system. And it seems everyone is on board with the idea that 17-year-olds really belong in the juvenile system.  In fact the committee, chaired by former Michigan Supreme Court justice Mary Beth Kelly, sent a resolution to the governor’s office indicating our support for such legislation.

The sticking point is money. The state foots the bill for adult offenders and counties handle juveniles. So 83 counties are concerned about the sudden cost of having new people to care for. Where will the money come from? Working on this committee gives you a view into a very complicated system and everyone’s role in it.

Advice to peers considering this kind of engagement:

I encourage all my colleagues to get involved in something like this. The applied side to our work is where I think the real excitement is. You can have a fabulous career publishing journal articles and filling the library. But the chance that someone from the juvenile justice system is going to go to the library, read your article, and change what they’re doing is very small. We have to take the initiative and build bridges to the policymakers if we want our work at the University of Michigan to have a significant impact in the world. I view the government committee as yet another bridge, a vehicle to apply discoveries from social science.

The value of being publicly engaged — to himself, the university, and society:

I think it gives the university relevance to people who are not going to school here. As a major public research university we should be answering questions for professionals in the field. By staying engaged with public agencies or service committees you stay on top of the most pressing questions of the day. It helps us generate research questions that are going to be useful both in the field and in the classroom. I hear directly from adolescents, parents, probation officers, and caseworkers about the everyday issues they have to deal with.  Part of our work in the Child and Adolescent Data Lab is to help address those issues.