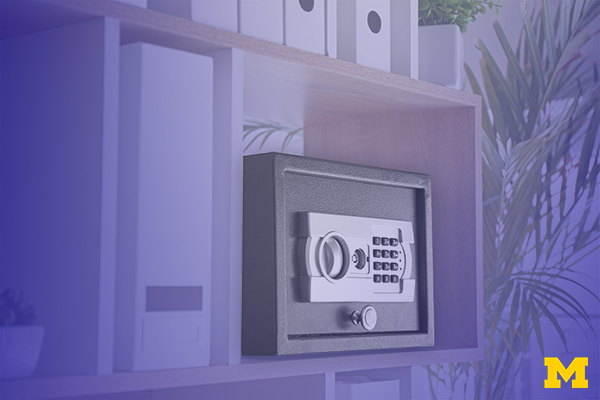 This episode of Michigan Minds is part of a special series from University of Michigan Public Engagement & Impact in collaboration with the Office of the Vice President for Research on firearm injury prevention.

As part of the Michigan Minds Firearm Injury Prevention Series, Lisa Wexler, PhD, joins this episode to discuss her research developing an upstream suicide prevention approach to encourage safe firearm storage in rural Alaskan homes. As a professor of social work and a research professor in the Institute for Social Research’s Research Center for Group Dynamics, Wexler’s work examines three overlapping and complementary areas that address both scientific and community priorities: suicide prevention, resilience, and learning.

As a social worker in Alaska, Wexler had very little prior experience with suicide crisis intervention, and was struck by the number of calls she was receiving to respond to suicide and lack of resources that were available.

“When there’s a crisis, there’s a limited window of the kinds of things that you can make decisions about as a clinician,” she says. This issue led Wexler and her colleagues to look for an “upstream process” that would better prevent suicide early on.

“Before a crisis, there are a lot of creative ways that we can begin to partner with families, partner with community leaders, figure out how to reduce suicide risk,” Wexler says. “This path has led me to the project I’m currently working on.”

That project, the Family Safety Net Research Project, has received funding from the National Institute of Mental Health and the University of Michigan’s Injury Prevention Center. It is run in partnership with Native communities in Alaska, particularly communities Wexler has worked with previously.

In the communities Wexler works in, there are on average five to six firearms per household.

“We really started to think that lethal means restriction was a really good way of addressing that risk factor,” she says, since safe storage can help reduce access to lethal means when people are in a moment of crisis. 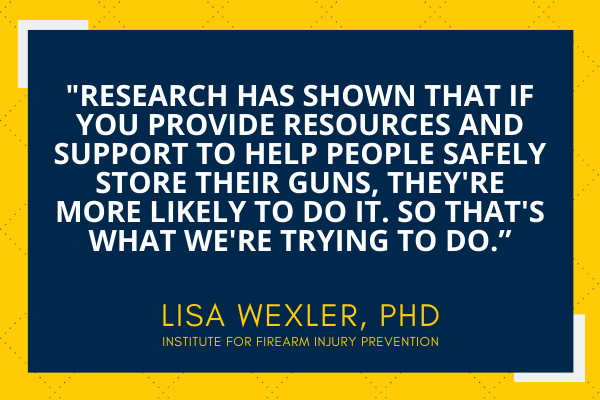 Through community engaged work, they landed on the approach for the Family Safety Net project to try to reach all households in the region to encourage safe firearm storage. She points out that there is no downside to storing guns safely.

“There’s really so much potential gain. We can reduce injuries and we can reduce fatalities for intentional and unintentional injuries with this kind of approach. Research has shown that if you provide resources and support to help people safely store their guns, they’re more likely to do it. So that’s what we’re trying to do.”
She adds that if a firearm is more difficult to obtain in a moment of crisis, the risk of injury or fatality is reduced.

“I think just making that extra consistent caring move to protect the people in your life, that can make a big difference.”