How Cultural and Structural Racism Relates to Health Inequities 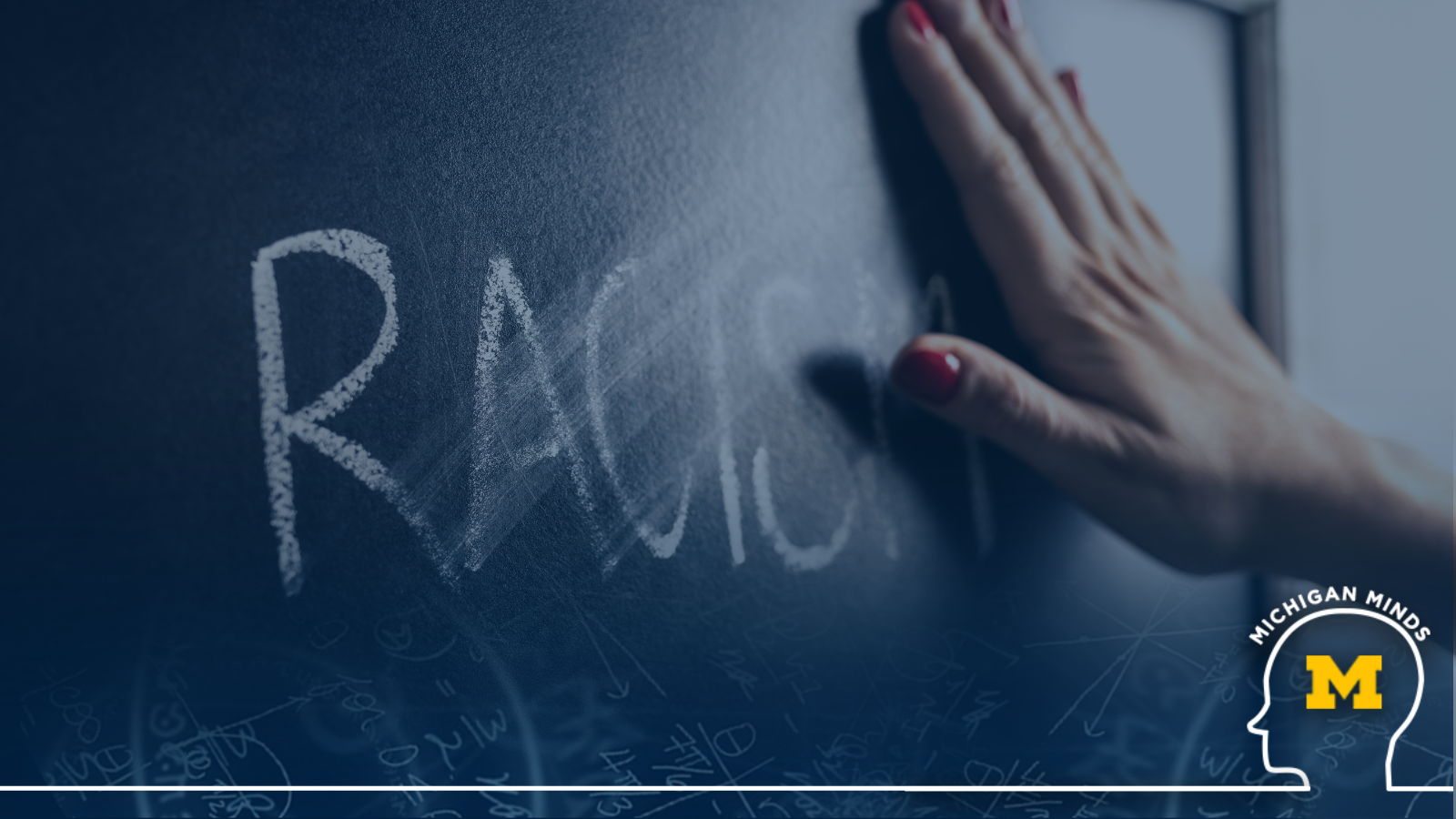 In this episode of Michigan Minds, Maggie Hicken, research associate professor at the Institute for Social Research, discusses the RacismLab at U-M, which she directs, and the work they conduct. She also talks about her research to understand how cultural and structural racism relate to health inequities.

Hicken explains that she focuses on health because it is a sensitive marker to social and political and economic inequities.

“I focus on the concept of cultural and structural racism, and then how that then plays out in these health inequities. So what I mean by cultural and structural racism and its relation to health and health inequities… society’s culture can be broadly, very broadly, defined as its values and its belief systems and its social mores and its behaviors. It’s how a society functions, and it’s almost like it’s invisible,” she says.

“Cultural racism then is viewed as a culture that has a racialized or racial hierarchical. These racially hierarchical values and belief systems woven into the society so that some social values are considered valuable and others are not, and it’s usually been through this dominant white lens.”

Hicken directs the RacismLab, which is a Rackham Graduate School interdisciplinary work group. It’s a research collective of doctoral students and postdoctoral fellows who study racism through a critical lens. She explains why this space is important to have at U-M.

“I have learned that it is important, especially from the feedback that I’ve gotten from the students, because all research is subjective. I think that that’s actually a controversial statement to make, because many, especially quantitative scholars, will argue that there is such a thing as objective research, but I disagree. I think that research — what questions we decide are important to ask, how we decide to answer those questions, the empirical models that we use to test those questions, test our hypothesis — that is based on the researcher’s lens and their read of the existing literature,” she says, adding that it is subjective based on personal experiences.  “What we call objective is actually a white racial lens.”

Throughout the COVID-19 pandemic, Hicken says she has noticed a lot of people are surprised that there are health inequities. She is concerned that the focus will continue to be COVID-19 and not the inequities that need to be addressed.

“We need to understand that the American narrative is actually not a true narrative, and that when it comes to racial inequities in health, we need to now move and keep our eyes focused on the state and public and private entities. Those things that drive the inequities rather than on the health behaviors, the health care access, all of these things at the individual level. We need to focus on the structure.”

Listen to the full episode for more