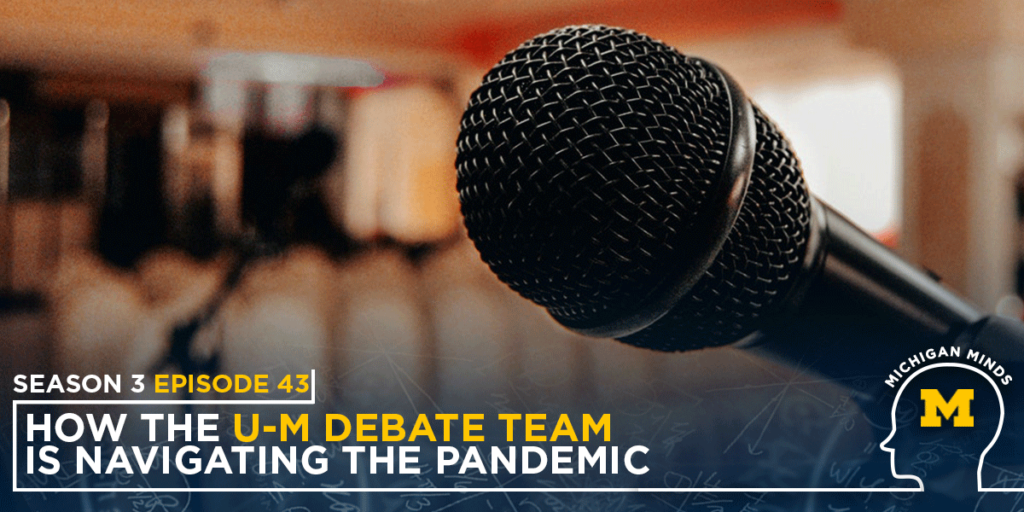 In this episode of Michigan Minds, U-M Director of Debate Aaron Kall discusses how the debate team adapted during the COVID-19 pandemic and highlights their recent success at what is considered the fall semester’s ‘national debate championship.’

The U-M Debate program won the 64th annual Franklin R. Shirley Classic, hosted by Wake Forest University, in November 2020. The Shirley Classic is considered the national championship of the fall semester, Kall explains. This year, there were more than 200 competitors from 50 institutions participating in the virtual, four-day tournament—including Harvard, Georgetown, and Columbia.

In the final round of the tournament, U-M College of Literature, Science, and the Arts students Giorgio Rabbini and Rafael Pierry defeated Dartmouth College on a 4-1 decision. 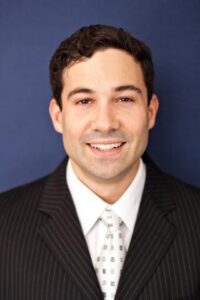 “To win the tournament this year was great. [The U-M team has] been so close previously—they were second last year,” Kall says. “Everything culminated in a really great victory that we hope will provide a lot of momentum for next semester, which starts in early January.”

The debate team, like all U-M organizations, has been impacted by the COVID-19 pandemic and transitioned to a virtual format earlier this year. That transition included reimagining the high school summer debate camp they’ve hosted on campus every year since 1985. The debate team worked hard to have a successful virtual camp, says Kall, with the same amount of students as the previous summer.

“Immediately, once everything happened in March, we scrambled to go online, and not just the summer camp but all of the debate tournaments as well,” Kall says. “It’s definitely been a change, but we’ve competed in the same number of tournaments we normally would.”

Kall is proud of the adaptability of the debate program, and thinks that the ability to adjust to tough circumstances quickly is one of the biggest benefits of participating in debate programs.

Learn more about the U-M debate program in this episode of Michigan Minds.