Language and identity: lessons from a unique Afrikaans community in Patagonia 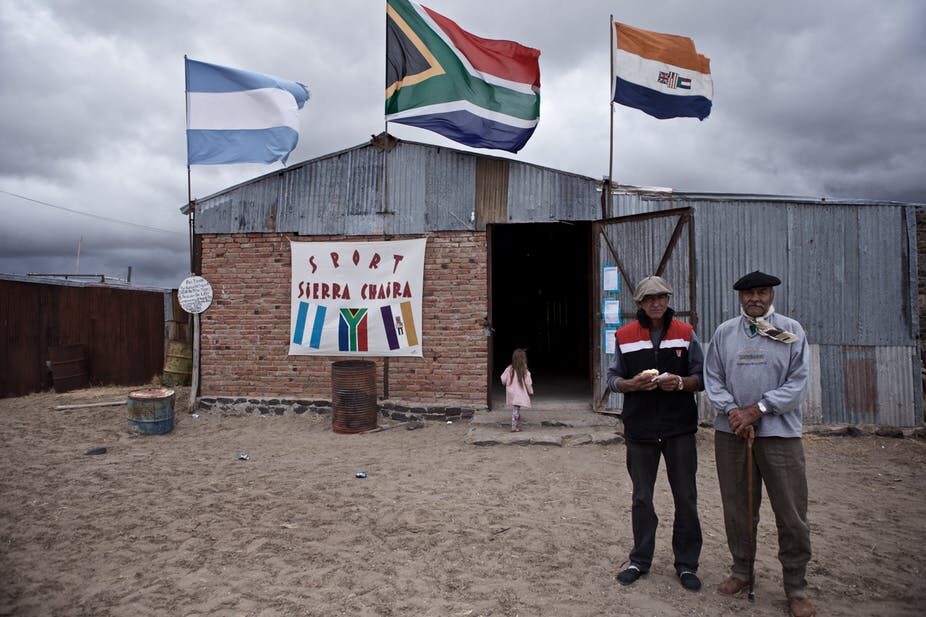 The Patagonian desert in southern Argentina is a harsh environment. Little seems to thrive on its seemingly endless red plains and parched land. Yet in this unlikely place there is a unique bilingual community. It’s made up of the Afrikaans and Spanish-speaking descendants of the about 650 South African Boers, who came to Patagonia in the first decade of the twentieth century.

The Boers trace their origins to the Dutch population that settled on the southern tip of Africa in the seventeenth century. They came into conflict with the British Empire as it expanded in the region, culminating in the Second Anglo-Boer war of 1899–1902. Many Boers, unwilling to accept British rule, then sought to relocate elsewhere, including Argentina.

The first Boer generations in Patagonia eked out an isolated living. But a cultural shift began in the 1950s as the settlers increased contact with nearby communities in Sarmiento and Comodoro Rivadavia. Today, older members of the community – those over 60 – still speak Afrikaans, though their dominant language is Spanish. As the younger generations, which only speak Spanish, become fully integrated into Argentine society, the bilingual community is quickly disappearing.

To many, Patagonian Afrikaans is a relic of the past. Against the odds, however, a renaissance has begun.

As part of this, our project at the University of Michigan, entitled “From Africa to Patagonia: Voices of Displacement”, is conducting innovative research on the Patagonian Boers and their two languages. The value of studying this extraordinary community is hard to overstate.

The Patagonian Afrikaans dialect, spoken nowhere else, preserves elements of Afrikaans from before 1925, when the South African government recognised it as an official language. It thus provides a unique window onto the history of Afrikaans from a period before its dialectal varieties were reduced through standardisation.

Our team is gathering data about a period in the development of Afrikaans for which there is scant oral or written testimony. Our archive of oral interviews allows us to analyse the complex relationships among the community’s language, culture and bilingual identity. It also provides data for future projects by researchers.

Since the community had been living outside of South Africa for over a century, the disappearance of its forefathers’ heritage seemed inevitable. By the late 1980s, observers characterised the community as virtually “extinct”. Yet over the last two decades there has been a resurgence of interest in promoting the Boers’ unique cultural identity. This has included acquiring space to house a cultural centre and museum. Once-dead traditions, such as an annual games festival, have also been revived.

This renewed interest has not been limited to the community. In 1995, anthropologist Brian du Toit published Colonia Boer, the first academic history of the settlement. In 2002, journalists Liliana Peralta and María Morón profiled the community in En las tierras del viento, última travesía boer (In the Lands of Wind: The Last Boer Trek). In 2015, the community was showcased in a documentary, The Boers at the End of the World (dir. Richard Gregory), which won three South African Film and Television Awards and sparked significant international interest.

And the community has continued to attract attention from researchers. But its uniqueness has required an innovative research method. During the filming of Boers, our team was simultaneously collecting data in Argentina. We clearly saw the need to work across academic disciplines to document the community’s variety of Afrikaans and take full account of its dynamic socio-linguistic and cultural context.

Our project involves a team of more than 40 professors, post-doctoral researchers and students at all levels. They come from a wide range of fields, including linguistics, history, anthropology, literature and religious studies. Over the course of two research trips, we conducted nearly 100 interviews with community members in Afrikaans and Spanish.

The interviews provide a rich corpus of linguistic data as well as new evidence about the determinative role of language, identity, religion and racial ideologies in the integration of the Boer settlers in Argentina.

The community is, in a way, like a time capsule, reflecting pronunciation and syntax from an earlier era. For example, the Afrikaans word for nine – “nege” – is pronounced niəxə in modern South Africa, but with a hard “g”, as niəgə, in Patagonia.

At the same time, some elements are superbly modern, including vocabulary adapted for the 21st century. For example, an airport is not, as in modern South Africa, a “lughawe”, which is a word that did not exist when the community first disembarked in Argentina. It is a “vliegtuigstasie” (literally “aeroplane station”), a compound word coined by the community.

Our work has sparked interest among linguists in Europe and South Africa, and also led to deep personal connections in Patagonia – especially with the younger generations.

The children and grandchildren of the older community members responded to our 2014 visit by seeking out a teacher to offer online classes in Afrikaans. We have since made it our goal that a broader public come to view this community as its members do: not as a faded relic of the past, but as a group that continues to thrive in spite of a transformed socio-cultural landscape.

The relevance of this project became clear to us earlier this year during our second research trip. At one point, we invited three cousins to converse solely in Afrikaans, including Rebecka Dickason, who spoke only Afrikaans until the age of 10. During the conversation, her Spanish-speaking daughter, Tecky, witnessed a change in her mother’s demeanour. Rebecka was smiling and gesturing as she conversed comfortably in her original native tongue.

It was a powerful moment for Tecky, who thanked us afterwards with tears in her eyes, giving a new sense of vitality and hope:

Ustedes no saben lo que han hecho por mi madre. Le han insuflado vida (You don’t know what you have done for my mother. You have breathed life into her).