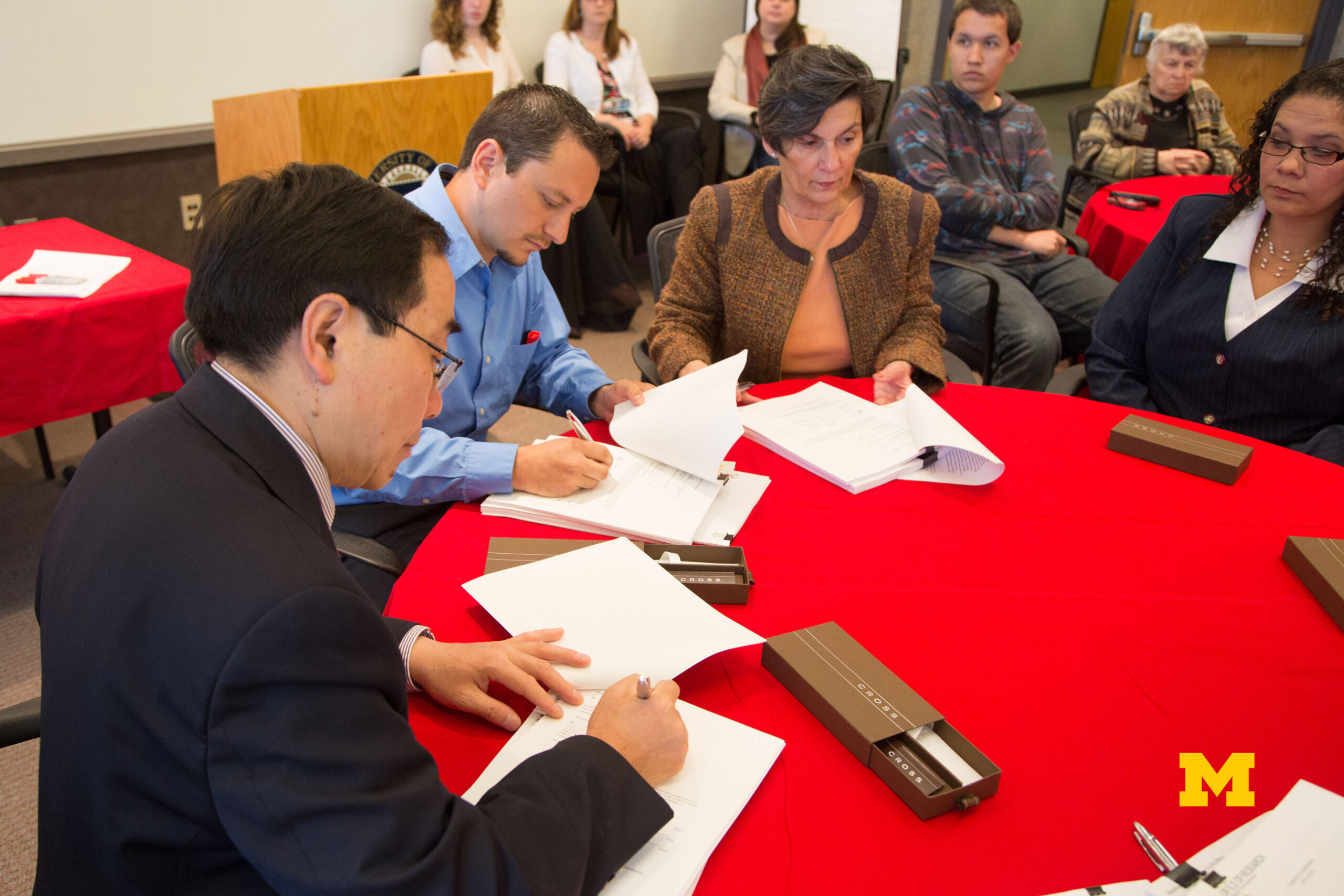 The Native American Graves and Repatriation Act (NAGPRA) was passed in 1990 to require museums and other institutions that receive federal funding to follow a process for transferring human remains and associated objects to the Indigenous peoples that have the legal right to them. The University of Michigan has an established set of policies and procedures to guide these efforts, and for the past decade Ben Secunda has been overseeing the project’s implementation.

Secunda joins Michigan Minds to explain the significance of NAGPRA, detail how transfers are conducted, and emphasize that this project is much more than federal compliance — it’s relationship building.

In addition to human remains, NAGPRA also covers funerary and sacred objects, as well as objects of cultural patrimony. He compares the latter to the Liberty Bell, saying: “No one person can alienate it from the nation. You can’t sell it or give it away because it belongs to everyone — that’s what an object of cultural patrimony is.”

Secunda explains the process of determining when transfers should be made and how it takes place. Although each tribe is different, it usually begins with a consultation, followed by a public notification period. The signing ceremonies serve as the conclusion of the transfer process.

It’s important for tribes’ ancestors to be in the earth because that’s where they were removed from and where they need to be returned to, Secunda says.

“It’s a process of coming together, and sort of a healing process for them,” he says, adding that often there are reburial ceremonies followed by feasts where everyone reflects and renews themselves.

“I think for the university to be a part of that process is an honor,” Secunda says. “I think NAGPRA, although it’s a federal compliance effort, it’s also leading to a lot of other interactions beyond NAGPRA. So in this sense, we’re not only mending fences, we’re building bridges.