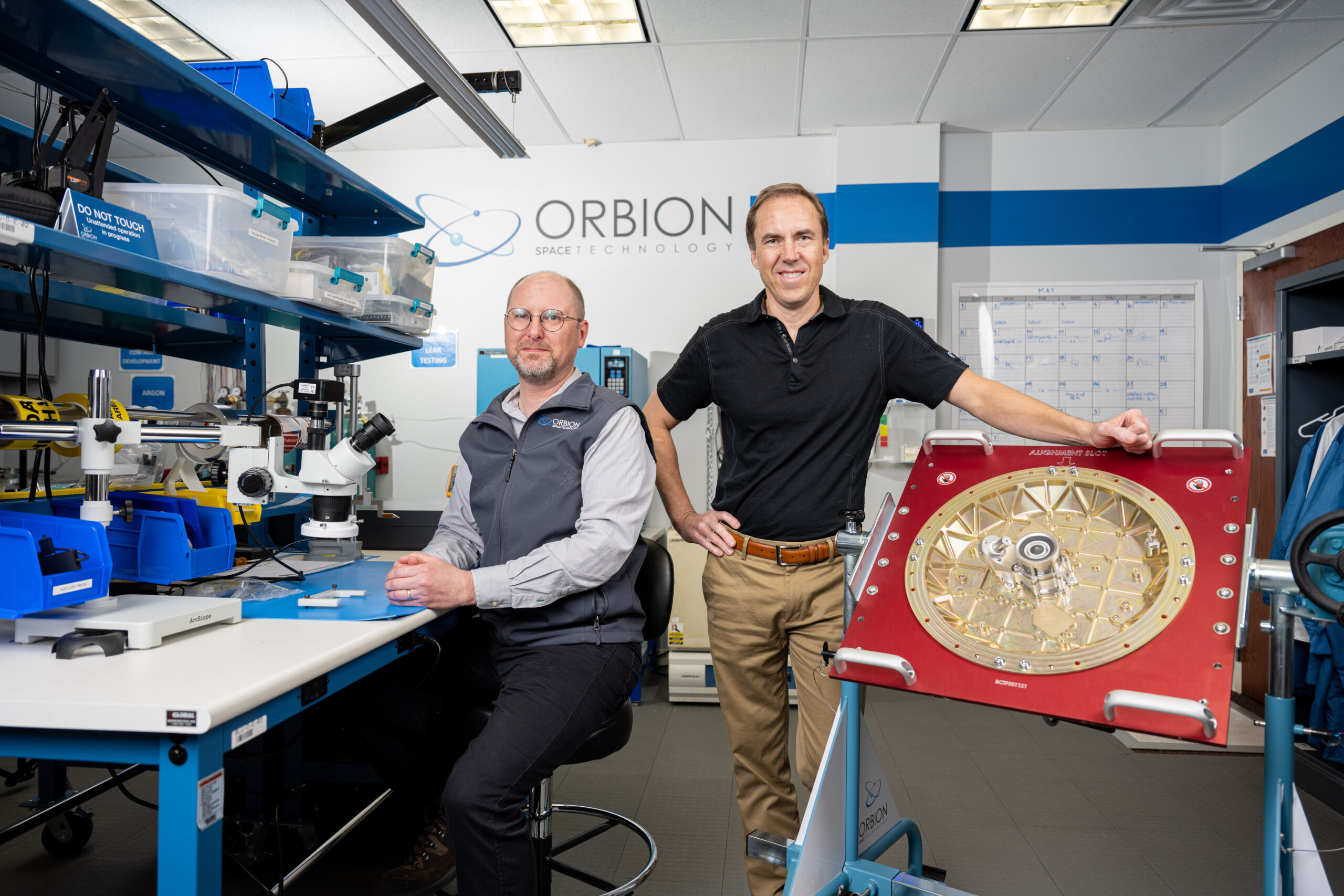 In its early stages, Orbion benefited greatly from the support it received through the mentor-in-residence program through the Michigan Tech Transfer Talent Network (T3N). T3N is a statewide program, jointly administered by Michigan Tech and the University of Michigan and funded by the Michigan Economic Development Corporation (MEDC), which provides mentorship and funding opportunities for up-and-coming Michigan startups.

“In the beginning, when we were working with the research team at Michigan Tech, we knew that we had the technical skills that we needed to succeed,” says King. “But, we also knew that we had a lot of work to do in order to learn how to build and grow a business. The mentorship from T3N in those early days of company formation and fundraising was absolutely critical in helping Orbion launch and achieve escape velocity.”

Thanks in part to the support from T3N and other entrepreneurial support programs in Michigan, combined with their own technical know-how, Orbion was able to secure several rounds of funding from regional, state and national investors. In 2017, Orbion was the recipient of the $500,000 Accelerate Michigan Innovation Competition. In 2019, Orbion won the Michigan Venture Capital Association (MVCA) Up and Coming Company of the Year Award. In 2021, Orbion went on to win the MVCA Financing of the Year Award, resulting in a total of over $30 million in capital raised.

Orbion’s flagship product, the Orbion Aurora, is designed to be the new frontier in Hall-effect propulsion systems. The Aurora’s technological prowess should come as no surprise given that, Orbion’s engineers have over 200 years of combined experience with Hall-effect Thrusters (HET). HET is a type of plasma thruster which, when trapped in an accelerator’s strong magnetic field, ionize the spacecraft’s propellant to create extremely high exhaust velocities. Because of this rapid exit velocity, HET is extremely cost-effective and powerful compared to chemical-based small-satellite propulsion.

The Aurora’s manufacturing process is heavily automated, allowing for lower costs and higher reliability. The Aurora can be fully integrated into any client’s spacecraft using their custom packaging solutions. In addition to their small satellite propulsion systems, Orbion also provides clients with a number of mission-support services including interface engineering, mission analysis, and on-orbit support.

Since its inception, Orbion has built contracts with several high-profile commercial and governmental clients including the United States military, Blue Canyon Technologies, and General Atomics.

Based in Houghton, MI, Orbion began its life as a Michigan Tech startup and continues to contribute to support the growth of a community full of scientists and engineers by hiring from Michigan Tech and U-M, as well as attracting others from prominent technology companies around the country. Even with the growth of Orbion, Dr. King and his team have never doubted the value of Michigan’s startup culture. About locating his company in the Upper Peninsula, Dr. King explains, “People often ask us ‘Why did you form a space company in northern Michigan?’ And I look them straight in the eye and say ‘Northern Michigan is as close to outer space as anywhere on the planet, so why not here?'”

With incredible, world-class research occurring state-wide, Michigan’s universities produce the most talented engineers and researchers in the world. Investments from programs like T3N help strengthen and grow Michigan’s startup ecosystem by giving technology-driven companies like Orbion the support to launch, grow and scale across the state.