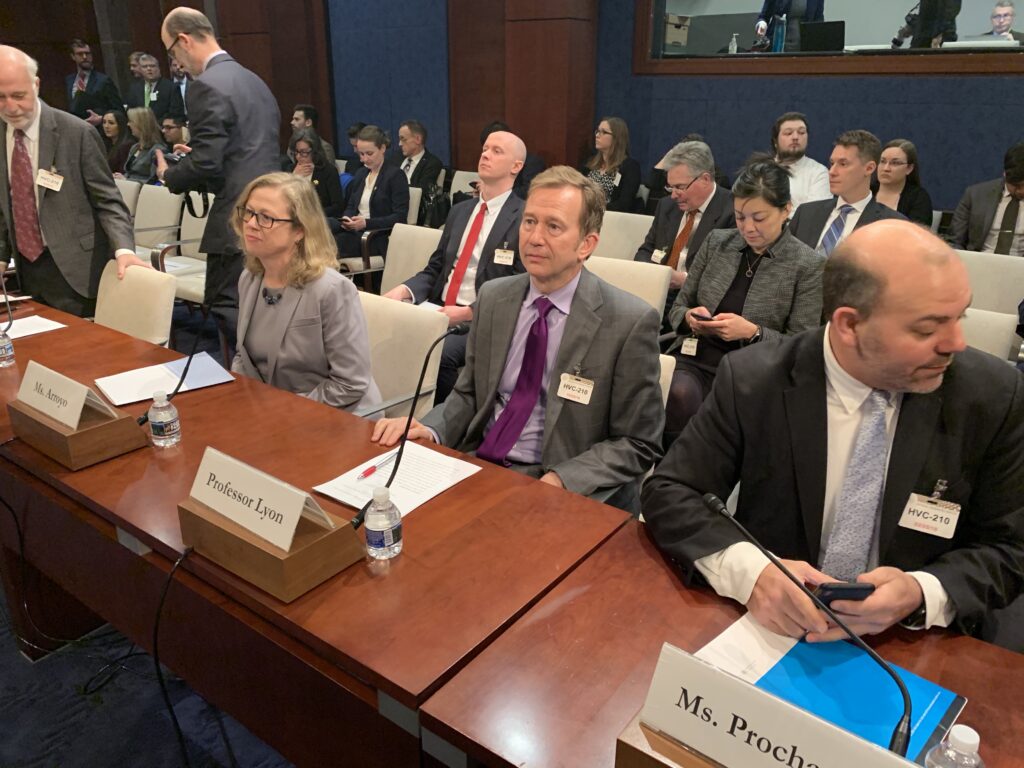 The 116th Congress wrapped up a busy week of hearings on a wide range of issues, and U-M faculty played a key role in providing information and advice.

“Throughout the year, researchers from the University of Michigan travel to Washington, D.C., to share their expertise in important areas ranging from opioids and cybersecurity to space weather and the Great Lakes,” said Kristina Ko, senior director of U-M Federal Relations for Research. “In sharing their research with leaders across the nation, our faculty play a critical role in advising policies that aim to strengthen national security, improve public health, and bolster economic competitiveness.” 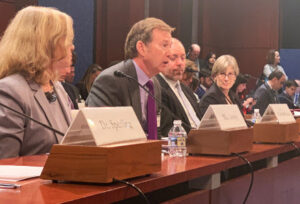 Tom Lyon, professor at the Ross School of Business and School for Environment and Sustainability, told the U.S. House Committee on Transportation and Infrastructure that “there is no question that U.S. infrastructure is in bad shape” and advised the members of Congress to consider how infrastructure funding might affect greenhouse gas emissions.

Lyon put an emphasis on market-based solutions. For example, he said taxes on driving based on congestion, instead of building new highways, could reduce congestion and lower emissions. And he advised a market-based approach to developing alternative fuels, instead of government policy picking winners and losers. 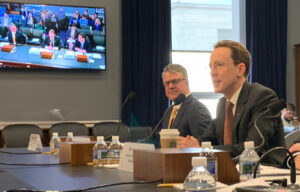 Alex Halderman, professor of computer science and engineering, said there’s a critical need to fund election cybersecurity before the 2020 election. He told the U.S. House Appropriations Subcommittee on Financial Service and General Government that without action it’s only a matter of time before an election is disrupted by a cyberattack.

The good news is that it’s a solvable problem, he testified.

“Unlike so many other cyber challenges, this is a problem where we can actually solve the problem,” he said. “It’s going to take a little bit of money, but it’s not going to be decades of research. It’s not going to be billions of dollars. We have an opportunity for a cybersecurity win in election security.” 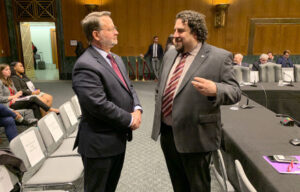 Justin Kasper, professor of climate and space sciences and engineering, addressed the Senate Committee on Homeland Security and Governmental Affairs on the threat posed to our power grid by solar storms.

The key to protecting the power grid is a better early warning system and better coordination among different agencies.

“We need spacecraft closer to the sun providing earlier warning of Earth-directed events and their properties, better models of these eruptions and regional forecasts of geomagnetic disturbances,” Kasper wrote in his submitted testimony. “Most importantly, we need leadership with a mandate to coordinate and direct the research and operational components of space weather that are spread over multiple agencies.”