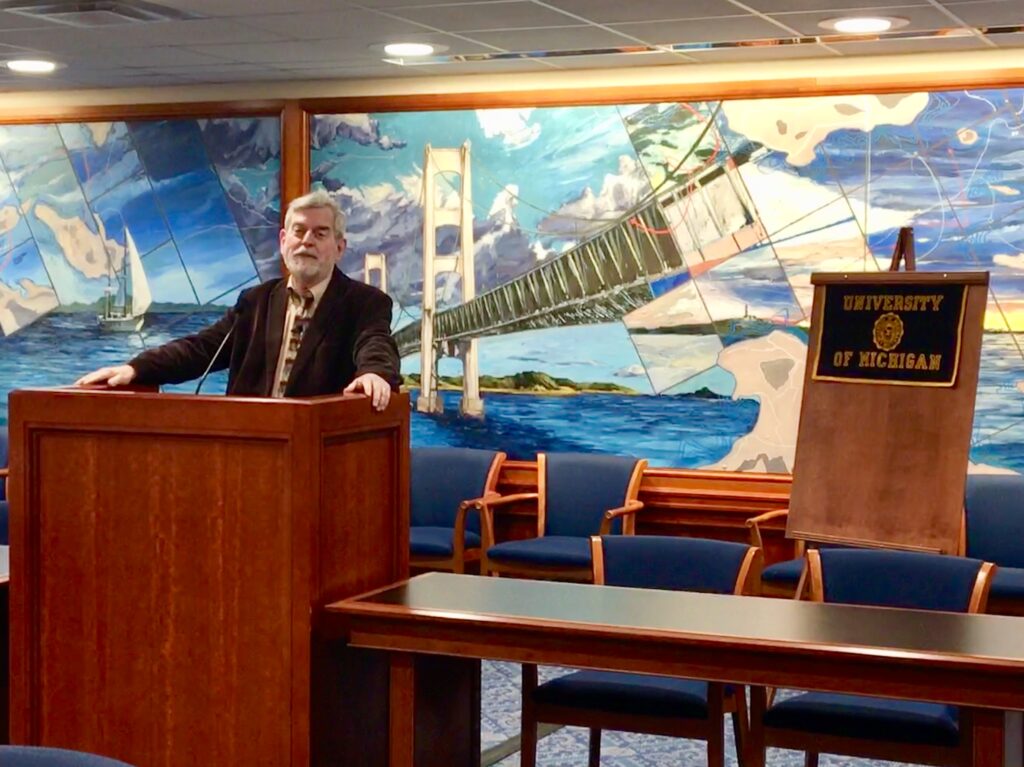 Michigan relies on international trade as much as—maybe more than—any other state, depending on how you measure it.

That means the Trump administration’s new trade policy — which includes tariffs and a renegotiation of the North American Free Trade Agreement (NAFTA) — could have an outsized impact on the state, said U-M professor and economist Alan Deardorff.

Deardorff led a discussion on the effects of these trade actions at the Jan. 23 Wolverine Caucus in Lansing. The Caucus is a forum held in the state capital where alumni, policymakers, and friends can exchange ideas and hear from U-M faculty.

“In a sense, the state of Michigan depends on, relies on, international trade more than any other state,” he said.

The policies to keep an eye on, Deardorff said, are the tariffs on steel and aluminum,  which are used in automotive production, and the renegotiation of NAFTA. Michigan’s biggest trading partners are Canada and Mexico, so tariffs on Chinese goods will have some effect, but not more than in other states.

Michigan is the fourth-largest importer of steel and aluminum, much of which is used for cars and car parts.

As with all trade policies there are winners and losers, but the overall net effect of tariffs is usually negative, he said.

“Who benefits? Producers of steel and aluminum,” Deardorff said. “Who is going to be hurt? Anyone who uses steel. It’s used to produce cars and it’ll matter to the car companies that rely on steel.” 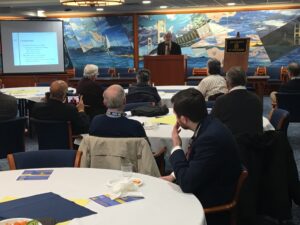 Tariffs on imported cars, which haven’t been enacted but are being considered by the administration, could be a “much bigger deal” than the steel and aluminum tariffs, Deardorff said.

“You might think the U.S. car companies would benefit, that GM and Ford and Chrysler…will be competing with more expensive foreign cars,” he said. “Thing is, all these companies are multinational.” He noted that GM has said it’s opposed to a tariff on imported cars.

The tariffs will do little to lower the U.S. trade deficit, which the president often talks about. But Deardorff says there might be more at play.

For one, they could be used to force the European Union to open their markets to American agricultural goods. And the tariffs on Chinese goods could be used as leverage to improve intellectual property protection in that country. That’s long been a sore spot and previous administrations haven’t been successful in addressing it.

But Deardorff wonders if tariffs are the right way to go. He said it might be more effective to join with other countries as a united front and pressure China politically — as opposed to economically — to beef up its intellectual property enforcement, but that the administration has alienated some key allies.

“Should we be using tariffs to change their behavior? I think tariffs are too costly to do it that way, but others may disagree,” he said.

If it goes into effect, the renegotiation of NAFTA—which came with the new name United States-Mexico-Canada Agreement (USMCA)—also would impact Michigan’s economy. The new agreement increases the amount of North American content that vehicles need to avoid tariffs from 62.5 percent to 75 percent. It also stipulates that 40-45 percent of a car’s content must come from labor paid $16 an hour or more.

That would likely mean automakers and suppliers would have to shift some production from Mexico, or pay a tariff. Either way, Deardorff said, it would raise prices on cars.

“On the face of it, they’ll have to use more U.S. labor, so surely employment will go up,” Deardorff said, “Well, not so much if prices go up and demand goes down and they sell fewer cars.”

Join us for the next Wolverine Caucus on Feb. 26 from 11:30 a.m.–1 p.m. in the Senate Binsfeld Office Building, where a panel of U-M faculty will discuss evidence-based ways to address the opioid epidemic. The panel includes Dr. Chad Brummett, Dr. Rebecca Haffajee, Dr. Michael Englesbe, and Dr. Romesh Nalliah.