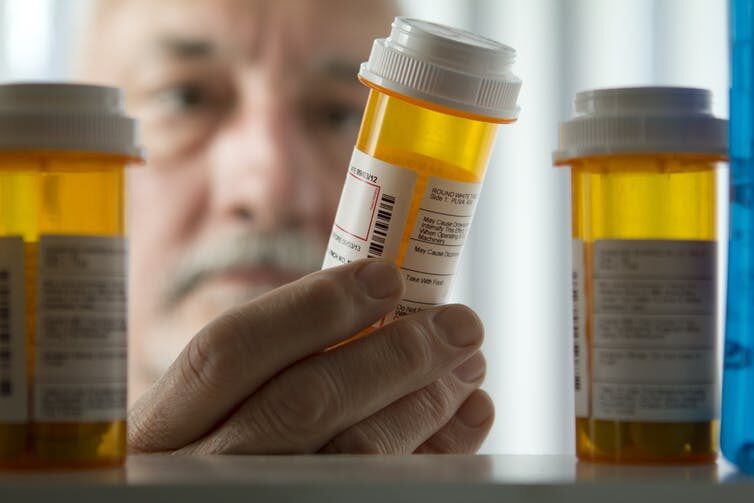 We are both health researchers who focus on strategies to improve access to care and disease management. We recently led an American Thoracic Society Policy Statement on improving the affordability of prescription medications for patients with chronic respiratory disease. In our view, the U.S. could control drug costs in much the same way other countries do, while still meeting patients’ needs for these therapies.

The current market for prescription medications in the U.S. is complex, but for most consumers, the bottom line is that drugs are expensive. They are so expensive that patients report taking smaller doses, skipping doses, delaying refills and borrowing medicines from others. Cost-related nonadherence is higher in the U.S than any other economically developed country, affecting nearly one-fourth of adults with chronic conditions.

Other economically developed countries have taken greater steps than the U.S. to establish policies to protect patients. Because these mechanisms rely heavily on government regulation, negotiation and price-setting, they have gained little favor in the U.S.

One common approach for individual European Union countries is to use something called external reference pricing, rather than allowing drug companies to set pricing. This means that a country sets its prices based on comparison prices in other member nations, and they often adopt the lowest price. Canada has also adopted reference pricing using EU member nations as common comparators.

Many countries with universal health care or multipayer systems, or both, have national organizations responsible for conducting health technology assessments. These generate evidence to support reimbursement decisions and price setting. Countries that do this include Australia, Canada, Germany, Ireland and the United Kingdom.

Organizations within these countries adopt a range of review criteria including clinical, comparative, and evidence of cost-effectiveness to drive decision-making. In the U.S., these same approaches have been undertaken by nongovernmental organizations such as the Institute for Clinical and Economic Review and individual physician and patient advocacy groups. These efforts, however, are isolated and generally underfunded, and their work is not widely used in practice.

Pharma not the only player in keeping drug prices high

In the U.S., drug makers set the prices for a new drug, with an eye on recovering their research investment. But consumers can’t really know how much money it took to develop a specific drug, because the process is opaque. Some researchers have estimated that the average cost to develop and gain market approval for a drug is about US$2 billion.

While pharmaceutical manufacturers are easy to blame for the high costs of drugs, these companies are important. They engage in drug research, development, evaluation, licensing and marketing with the aim of distributing therapies for a range of diseases. They ensure that innovative therapies are made available to the public. The U.S. is a key international player in the development of new drugs.

Their research is expensive, with complex clinical trials being one of the biggest costs. These trials are required to evaluate efficacy, inform safety and meet regulatory requirements. These trials can take years.

In addition to setting a price with an eye on protecting their investments, drug companies also protect their investment through patents, or property rights to a drug. Patent laws allow the drug manufacturer to prolong a patent, even if the original drug has undergone only a minor change. For example, for inhaled medicines, patent law also applies to proprietary pump designs, delivery systems, formulations and production processes that hinder generic competition when the active ingredient may no longer be patent-protected.

Legal protections also include allowing the drug maker to determine the cost, allowing patient cost of medications to be influenced by the wholesale price set by manufacturers.

Another part of the puzzle: Supply chain

Prescription medications are made available to patients only after passing through several intermediaries. Most recently, a profession has sprung up to bargain for lower drug prices from manufacturers on behalf of health plans and employers. The people who do this are called pharmacy benefit managers (PBMs), and they have become influential intermediaries.

While pharmacies often provide patients with direct access to prescription medications, PBMs work behind the scenes to develop and maintain lists of drugs that are covered by an insurer, called formularies. They also sell medications and provide rebates to pharmacies, negotiate discounts and obtain medications from drug manufacturers, and process prescription drug claims on behalf of insurers. Three large PBMs serve 75% of the U.S. market.

Although there is some consistency within this system for public payers, like Medicaid, prices paid by private insurers are highly variable and typically lack price transparency. As a result, the prices paid by insurers, pharmacies and individual patients vary widely. Numerous intermediaries exist between manufacturers and patients; accordingly, each step in the supply chain is associated with markups such that $1 out of every $5 spent on prescription drugs feeds profits in the distribution system. In Europe, the price that such suppliers can charge is limited to a fixed percentage cost of the medication being supplied.

Also, prescribers often lack adequate information or training to prescribe in a way that will keep costs low for patients. Costs vary between patients because of health insurance and how different the drug formularies are among insurers. Formularies, even within one insurer, change frequently making it even more challenging for prescribers to address affordability for individual patients.

Is there a fix?

We do not think that adopting highly targeted policies in a piecemeal fashion will sufficiently address the long-term challenges posed by a complex, ever-evolving system. Given the magnitude of the multibillion dollar pharmaceutical industry, and that most all Americans are affected, only the federal government is positioned to facilitate, fund and organize this effort.

Complicating matters, public distrust in government and hyperpartisanship would invariably threaten the impartiality of such a government entity without a high degree of independence from political forces.

In view of that, we believe that the U.S. government should establish and financially support a politically independent, impartial expert advisory committee tasked with making critical, evidence-based recommendations on pharmaceutical policy. Their overarching goals would be to ensure affordable access to life-preserving medications, while retaining consumer choice, promoting future innovation and respecting our market-based economy. The fact that 75% of Americans already favor the creation of an independent group with specific focus on the costs of prescription medicines lends credence to the acceptability of this recommendation.