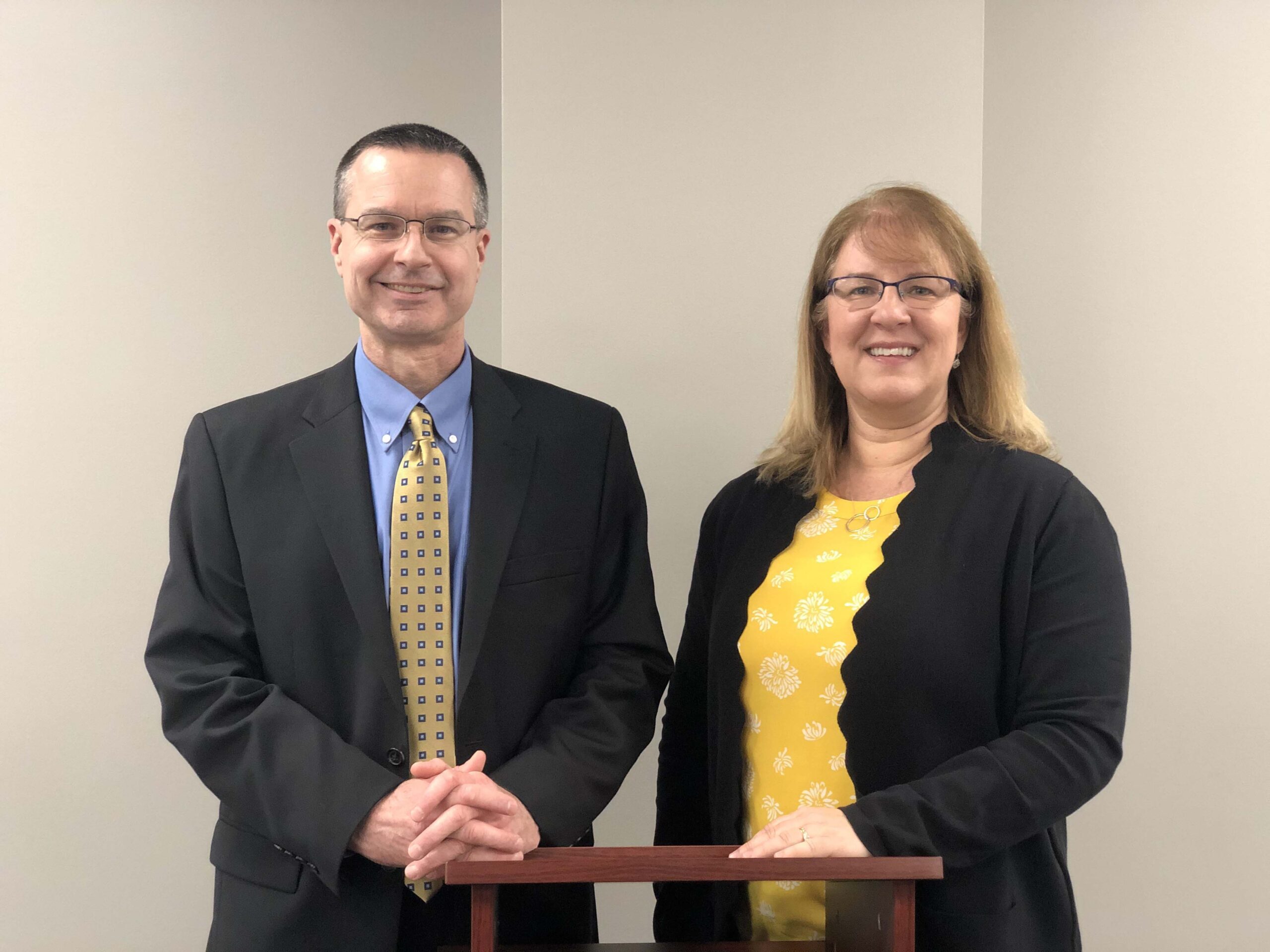 The Michigan Public Policy Survey (MPPS) has been tracking local-government fiscal health in the state since it was launched near the end of the Great Recession in 2009. The survey is conducted by the Center for Local, State, and Urban Policy (CLOSUP) at the University of Michigan Gerald R. Ford School of Public Policy, in partnership with the Michigan Association of Counties, Michigan Municipal League, and Michigan Townships Association.

Thomas Ivacko, Interim Director of CLOSUP, and Debra Horner, CLOSUP Project Manager, joined the Wolverine Caucus on Tuesday, Feb. 25 to discuss the long-term fundamental trends identified in the MPPS, along with local leaders’ concerns about the future.

The Wolverine Caucus is a forum held in the state capital where alumni, policymakers, and the public can hear from University of Michigan faculty experts and engage in enlightening discussions on topics that impact society.

Ivacko and Horner said that CLOSUP is a great fit for presenting at the Wolverine Caucus since they speak to local government leaders from every community in the state.

“We’re gathering data and opinions from community leaders that blanket the state of Michigan and we’re able to bring the information back to policymakers and related stakeholders around state government in Lansing,” Ivacko said. “It’s designed as a public service to Michigan communities and the Michigan state government.”

Ivacko and Horner focused on local-government fiscal health for their Wolverine Caucus presentation because it’s a fundamental issue and a core focus of CLOSUP through the MPPS.

“It’s really great to be able to come to the Wolverine Caucus, and to be able to talk to the people in Lansing about the issues that are really important,” Horner said.

Ivacko and Horner explained to the crowd gathered in the Michigan Senate Binsfield Office Building in Lansing that the MPPS is the nation’s only census-style survey of every unit of general-purpose local government across an entire state, and routinely receives responses from more than 70 percent of Michigan’s local governments.

Ivacko said that he hopes the takeaway from the Wolverine Caucus presentation is that even though Michigan is in its longest ever period of sustained economic growth, local governments in Michigan have experienced a slow and halting recovery from the Great Recession.

“What we found through the surveys is that local Michigan governments have not benefited to the extent that they should have,” said Ivacko. “But there are things that can be done to try to improve that going forward, and we hope to capture the attention of policymakers thinking about those potential concerns.”

Learn more about CLOSUP and what Ivacko and Horner presented at the Wolverine Caucus in this episode of Michigan Minds.

You can download and subscribe to Michigan Minds from wherever you listen to podcasts: Apple Podcasts, Google Play, SoundCloud, Stitcher, and Spotify.