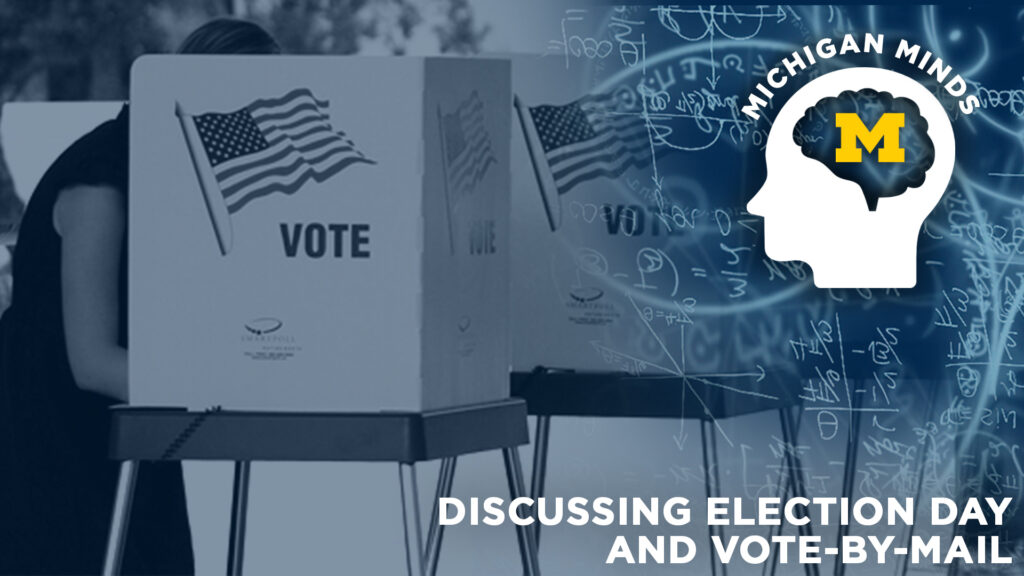 In this episode of Michigan Minds, Michael Traugott, research professor at the Center for Political Studies, explores postponing the presidential election and whether there are fraudulent concerns with mail-in voting after President Trump tweeted about both topics on Thursday, July 30.

Traugott, who participated in a research project in Oregon in 1995 on the first federal primary election conducted totally by mail, says there isn’t any indication that mail-in voting produces any kind of fraud. He adds that a mostly vote-by-mail election costs more than machine-based elections.

“It’s actually kind of a fable or a myth that we have national elections in the United States. We really have a series of state and local elections held on the same day,” Traugott says.

He explains that in 1845, Congress passed a law that federal elections will be held on the Tuesday after the first Monday in November and that is how dates for elections have been set. He says that they have not been altered or postponed since then, except for an unusual circumstance at the local level, because of a hurricane or similar situation.

But he cautions that changing the date of an election cannot be done by any one individual politician: “it requires an act of Congress,” he says.

Hear more in this video from Michigan News

The University of Michigan recently launched a theme semester focused on Democracy & Debate to engage students, faculty, and staff in an exploration of free speech and exchange of ideas, what it means to be a member of a democratic society, and democratic engagement from a global perspective. The theme semester will link courses and events from across U-M and incorporate online learning opportunities, as well as voter engagement through the Big Ten Voting Challenge.