Looking to save money, spend more wisely, and chip away at debt in the new year? December’s #UMichChat featured two U-M professors who talked about some research-backed ways to become more fiscally responsible. 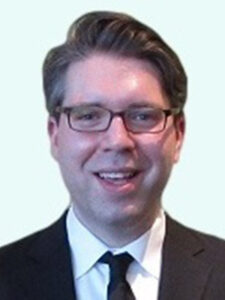 children, as well as debt repayment. Kristin Seefeldt is associate professor of social work and public policy at the School of Social Work and the Ford School of Public Policy. She’s studied family financial coping strategies and how  low-income people understand their economic situations.

The end of the year often comes with spending pressures due to the holidays. It can be a good time to take a step back and look at the big picture of your finances.

Rick says this is the “fresh start effect” and it can be motivating for people. Putting all income and expenses into a common sheet and getting the family together on the same page can get people started on better habits.

But people have to intentionally set aside time to do that. And for people with limited income there’s only so much planning they can do.

“You can plan and you can plan but 50 percent of the time at least it’s not going to work out because some wrench gets thrown into the system,” Seefeldt said. 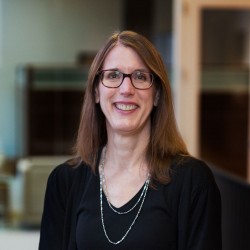 Fortunately there are places to turn to for sound advice, new ways of giving that advice, and realistic options for thinking about savings and debt.

Seefeldt says that nobody with limited means should pay for financial advice. There are plenty of nonprofits, such as the Mission Asset Fund, that offer financial planning advice and tools. Rick also noted that the Consumer Financial Protection Bureau has free resources and tools to help consumers plan their finances.

People also need to be realistic about savings. While there are plenty of financial gurus who say you need to have so many months’ worth of income saved, the truth is the majority of working Americans live paycheck to paycheck.

Rick said that finding the will to actively put money aside is difficult for most people. Research shows a better approach is to have some amount deducted from a paycheck and put into a savings account before it even gets to you. Automate as much as possible.

“It’s like dieting,” he said. “We all plan to start our diet tomorrow, but tomorrow never comes.”

Seefeldt said social workers have looked at ways to help people with lower wages set up small, emergency savings funds, such as the option to have a small portion of their tax return go into a savings fund.

When it comes to debt, the way people feel can influence how they make decisions. For example, Rick’s research shows that even people who have objectively high financial literacy can still have a lack of confidence about their financial abilities. That often leads to them making bad decisions, such as paying off a smaller debt first when they should pay off the one with a higher interest rate.

Seefeldt said that social workers have found new methods  of helping people improve their financial standing, and a lot of it has to do with the approach.

“You don’t come in and say ‘you’re a bad person because you have all this debt and let me, the expert, come tell you what you’re doing wrong,’” she said. “Instead, you say ‘let’s talk about the things you do to (to make ends meet) and how you’re making the right decisions, and work with you to help you meet your goals in a way you want to.’ That’s more in the delivery and not necessarily the content.”

For couples, Rick notes that spendthrifts often marry or partner with tightwads, which can lead to problems in the relationship. His research shows that merging accounts early can help smooth over those differences.